Saints Foundation is proud to announce Franny and Kenzie Benali as Ambassadors of the charity.

The former Southampton FC player, who made more than 300 appearances for the club, has been one of Foundation’s biggest supporters, raising more than £8,000 for the cause back in April when he ran a marathon in his own back garden on a treadmill as part of the 2.6 Challenge campaign.

Kenzie Benali, a broadcaster and event host, has been a life-long Saints fan, helping support the Foundation by visiting projects as well as hosting their charity dinner and fundraising events, such as A Game Of Two Halves, the charity’s annual live gameshow.

They join James Ward-Prowse and Maya Yoshida as Saints Foundation’s ambassadors with more scheduled to be released in the near future.

Speaking about his new role, Franny remarked: “Having been associated with this club for so long, and being a club ambassador, I felt it was only right that I take the next step and become a Saints Foundation Ambassador.

“The support I received back in April for the marathon from the community was fantastic, and I am excited to get out and see how the money has made a difference once that is possible.”

Kenzie, who is about to lead her own Big Saints Bake Off in aid of Saints Foundation, added: “I am so excited to become an ambassador for a charity that is close to my heart and that does so much good for the city.

“I have already been out and seen projects before, like Senior Saints, and I know the incredible work the staff do to support every generation. I am looking forward to assisting in any way that I can.”

Greg Baker, Head of Saints Foundation, was thrilled to welcome them both onboard.

“We are delighted to bring Franny and Kenzie into our Ambassador Programme. Throughout the years, they have been incredibly supportive of our work, helping out whenever they can, and I am excited to see what else they can offer going forward.

They are joining our fantastic ambassador, James Ward-Prowse, and we know they can reach a different type of audience to spread our message further than ever before

“We are planning to announce more ambassadors soon and, even though this is a difficult time for all, with our new ambassadors onboard, this is a really positive step for Saints Foundation’s future.”

Find out how you can support saints foundation 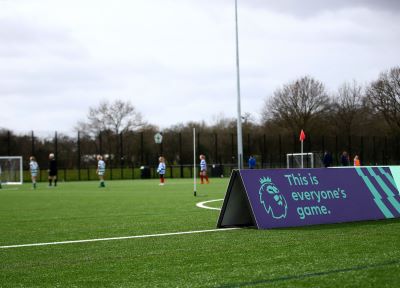 To celebrate 10 years of the Premier League Community Fund, we are joining clubs across the country in commending the inspiring participants and facilitators of our projects.